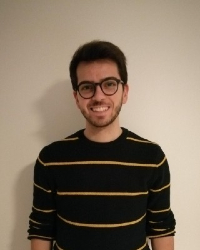 A Quest for Digital Sovereignty in Internet Governance? Observing the Role of Chinese Stakeholders in ICANN

In its open and private-based dimension, the Internet is possibly the 21st century’s epitome of the Liberal International Order in its global spatial dimension. Therefore, many see deep normative challenges deriving from the rise of powerful, non-liberal actors such as China in global Internet governance. In particular, China is often portrayed as a supporter of a UN-based multilateral Internet governance model based on digital sovereignty aimed at replacing the existing ICANN-based multistakeholder model completely. While persistent, this debate has become less dualistic through time.

While China features a ‘digital sovereigntist’ approach to such sensitive issues as data protection and grows influential in multilateral fora, this research finds that the Chinese government does not exert full control on its domestic private actors and concludes that Chinese stakeholders have increasingly accepted the existing institutional architecture of ICANN-centred multistakeholder Internet governance as they grew influential within it.