The Covid Pandemic: Lessons and Challenges for Cyber Stability 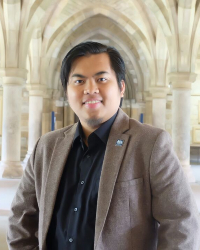 Miftahul Ulum is an Assistant Professor at the Department of Politics, the University of Muhammadiyah in Jakarta (UMJ), Indonesia. As an awardee of the Indonesia Endowment Fund for Education Scholarship (LPDP RI), Ulum is currently pursuing his second year of PhD program in Cyber Security at the Department of Politics and International Studies (PAIS), University of Warwick (UoW), in the United Kingdom (UK). In 2016, the UK government awarded Ulum a Chevening scholarship to study Cyber Security and Intelligence at the University of Glasgow (UoG). Before that, in 2010, he was a Rio Tinto Scholar learning a master’s in policy studies at the University of New South Wales (UNSW), Australia. Ulum’s primary research interests include data sovereignty and privacy, cyber governance, cyber security policy with a specific interest in Indonesia and Asian countries, the political economy of cyber security, and contemporary security issues.

Religious based Civil Society Organisations (CSOs) and Cyber Norm; their take on the disinfodemic during the Covid-19 pandemic in Indonesia

Muhammadiyah and NU are the two biggest Islamic CSOs in Indonesia. According to a survey of the Alvara Research Centre in 2016, the total of members and affiliated citizens of these two organisations were estimated at 101.5 million people, 65.2% of the total Muslim population in Indonesia.

In order to achieve the aims mentioned above, this project uses the qualitative method by combining the review of documents and literature and interview in collecting relevant information. Furthermore, this project applies content analysis on the triangulated data collected from the qualitative data collection methods to analyse the collected information. Also, concerning the research framework, this project utilises the role theory as the main framework to assist this research in the preparation of research instrument and data analysis. Moreover, to specifically explain Indonesia’s current cyber norm governance, this research combines the role theory and the governance approach.

Based on the collected data, this research finds that, in general, the two organisations have different approaches, in which Muhammadiyah’s strategies and efforts more rely on formal methods, whilst NU more on informal methods. These differences are due to the distinctions of the organisational and membership characters of these two organisations. Furthermore, this project also finds that these strategies and efforts have not been integrated into the programs of the government of Indonesia and the social media platforms, as the two prime entrepreneurs of cyber norms in Indonesia.