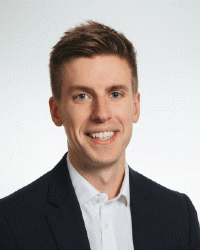 State cyber operations, hackbacks and the right of hot pursuit in international law

This paper utilises the right of hot pursuit in international law as a lens through which to examine state practice, and the legal status of, active cyber defence and “hackbacks” in state cyber operations where victim states respond by conducting counter cyber operations to prevent or disrupt attacks at their source of origin. State practice of the right of hot pursuit achieved general acceptance as customary international law governing the seas at the end of the nineteenth century, prior to its subsequent codification in treaties, when the rights inherent in sovereignty were being developed by states to apply to the seas. Its codification in treaties played a role in states finding a balance between the interests of protecting the sovereignty of coastal states and preserving the freedom of navigation of maritime states on the high seas. This paper identifies parallels of the doctrine in relation to the practice of states in the cyber domain to argue that the process of developing the rights inherent in sovereignty to apply to cyber operations requires balancing similar interests to reach a compromise between “absolute sovereignty” and “absolute freedom”, and discusses the merits and possibility of whether states may recognise the development of an equivalent exception of a right of hot pursuit in the cyber context.