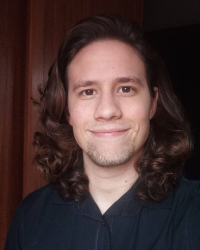 Bernardo Beiriz is an undergraduate student of International Relations at the Pontifical Catholic University of Rio de Janeiro (PUC-Rio). He is also a fellow of the Tutorial Education Program (PET) at the Institute of International Relations (IRI) of PUC-Rio, which is financed by the Brazilian Ministry of Education (MEC). He is an observer member at Modera Lab – Content moderation and digital constitutionalism laboratory, a research group at the Institute for Technology & Society of Rio (ITS Rio). His research interests include cybersecurity, Internet Governance, content moderation on digital platforms and the various intersections between International Relations, Computer Science and technology.

Cybernorms and cyber peripheries – can the process of creating cybernorms be one of inequality production?

The process of constructing “cybernorms”, norms that regulate cyberspace, can be associated with the formation of cyber peripheries. Cyber periphery is a theoretical concept with “real-world implications”, intended to question and critically analyze power relations and dynamics that take place in cyberspace and the “geographical” distribution it promotes. This paper defines the cyber periphery as a grouping of states and non-state actors which are not the leading agents in the cyber norms’ development process but are nevertheless essential to the creation and enforcement of these norms. States and non-state actors that integrate the cyber peripheries are of utmost importance to great “cyber powers” since they play a key role in permitting that a particular normative landscape for cyberspace is achieved. The concept of the cyber periphery is then further expanded to encompass two levels of analysis: interstate and intrastate dynamics.

The main goal of this paper is to solidify the concept of the cyber periphery as a possible instrument for the analysis of cyberspace dynamics, translating and adapting concepts from well-stablished International Relations theories, such as Dependence Theory and World-System theory. Building on the idea of “swing states” in the context of Internet Governance, as analyzed by Tim Maurer and Robert Morgus, this paper argues in favor of a framework that encompasses geopolitical and socioeconomic factors in the study of cybernorms building processes. Information and Communication Technologies (ITCs) inequalities and the idea of the ‘digital divide’ are used as starting point for this analysis, as well as capacity building programs, in the light of Zine Homburger’s work.

Focusing on the interstate level of analysis, this paper argues that the process of creating cybernorms can be one of inequality production. The construction of cybernorms is chosen as a background for this investigation since it is commonly thought of as being egalitarian, because of its multistakeholder and/or multilateral characteristic.