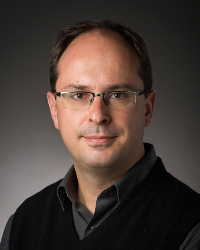 Dr Andre Barrinha is a Senior Lecturer in International Relations at the University of Bath and a Leverhulme Trust Research Fellow (2019-2021). His work is published in journals such as International Affairs, Mediterranean Politics, Third World Quarterly, Journal of Common Market Studies and Journal of European Integration. He is also one the authors of International Relations Now and Then (Routledge, 2nd ed.). Dr Barrinha is currently working on cyber-diplomacy as an emerging practice in international relations. In 2019, he was awarded the Best Article in Global Affairs Award for a co-authored piece with Thomas Renard on cyber diplomacy and the English School. Between 2016 and 2018 he was one of the founders and conveners of the British International Studies Association European Security Working Group. 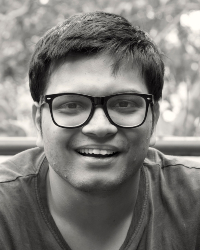 Arindrajit Basu is Research Lead at the Centre for Internet & Society, India, where he focuses on the geopolitics and constitutionality of emerging technologies. He has also held consulting positions on the same areas with the Office of the United Nations High Commissioner for Human Rights (OHCHR),Diplomat Risk intelligence (DRI),and Association for Progressive Communications (APC). He is a lawyer by training and holds a BA, LLB (Hons) degree from the National University of Juridical Sciences, Kolkata, and an LLM in public international law from the University of Cambridge, U.K.

Imagining crises: cyber-diplomacy and the lessons from outer space

Diplomacy is driven by how present realities and past transgressions impact future projections, particularly in technology-related domains. When diplomats consider the future implications of emerging technologies, naturally the forecasts are driven by imagined scenarios. These socio-technical imaginaries shape how technology is politically understood, and consequently serve as a crucial driver of policy debates, both domestically and internationally. Since the late 1990s, diplomats have been asked to imagine how cyberspace should be conceptualised in a state-led world. Diplomatic negotiations in cyberspace have so far led to a series of non-binding reports but the idea of an international treaty is rejected by a significant part of the international community. Fifty-five years ago, during the peak of the Cold War, states managed to adopt a set of legally binding obligations  that would govern outer space,just five years into the negotiations. The key states at the time – USA and USSR – recognized fundamental principles of freedom of exploration and non-weaponization of outer space, which went on to underpin the final agreement. While there may be several reasons for the divergences in diplomatic progress between the two processes - starting with the different historical and geopolitical contexts - our paper explores the extent to which socio-technical imaginations of crisis impacted and has the potential to impact the trajectory of both negotiations. That will give us greater insight into what to expect of specific diplomatic negotiations based on the sociotechnical imaginaries at play, and to what extent the notion of 'crisis' can be used to galvanize international agreements.