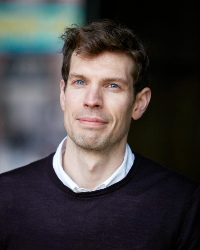 Tobias Liebetrau (@TobiasLiebetrau) is a postdoc at the Centre for Military Studies, Department of Political Science, University of Copenhagen. His research focuses on the implications of cyber security for security theory, research methods and governance practices. He is currently working on a book on EU cyber security governance to be published with Routledge New Security Studies. He recently received a two-year research grant from the Independent Research Fund Denmark to explore ‘Changing Configurations of Sovereignty and Security in a Digital Age’ at Sciences Po, Paris. Prior to his position at the university, he worked at the Danish National Centre for Cybersecurity under the Danish Defence Intelligence Service.

Emerging European Engagements in Cyber Conflict Short of War: Towards a Critical Account