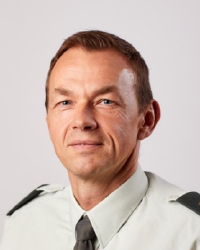 PeterB.M.J. Pijpers LL.M, M.Sc. (@lecanardfauve)is a Netherlands Army Colonel (GS). He is associate professor of cyber operations at the Netherlands Defense Academy and PhD candidate at the University of Amsterdam. The topic of his research is “the influencing political systems in cyberspace: On the applicability of public international law during influencing operations in a situation below the threshold of the use of force”. 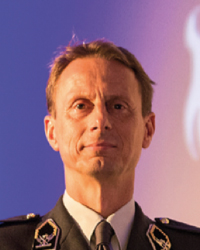 Influence Operations in Cyberspace - how they really work

Covid-19 is the latest, but will not be the last pretext for spreading fabricated information. Topics like Covid-19 can and will be used by States to influence foreign States in a deliberate way. So, is this new? No, influencing has been on-going for ages. But what is new, is the domain of cyberspace enabling fabricated news to spread fast and effectively. Much is written about influencing people via social media. But how do influence operations via cyberspace work? And what is the added value of cyberspace in that context?

In the authors’ view, the core tenets of why audiences are susceptable to influence operations in cyberspace are a) the exploitation of social media to magnify and amplify successful messages and b) the ability to craft frames, executed by i.a. disinformation campaigns. A frame couples a specific event such as Covid-19 to a narrative; divisive topics of a society; and audiences’ preferences and heuristics. A frame does not need to be true, but it must appear so.

Influence operations can therefore be persuasive, coercive but also manipulative, especially if subconscious techniques are used that lure target audiences to make biased judgements, undermining or even circumventing their deliberate understanding and autonomous decision-making process.

Cyberspace and social media are conducive in supporting subconscious influence operations. The added value of cyberspace is the ability to harvest data about the audience, generate audience’s heuristics, and reversely to micro-target the audience with bespoke messages. Furthermore, cyberspace provides an arena of engagement where actors or States can opt-in, exploiting social media activities to support strategic narratives. This makes influence operations less-linear or State-led then initially assumed. Finally, the attributes of cyberspace can facilitate the amplifying and multiplying of messages and ‘likes’, thereby creating an illusion of truth, the acme of susceptibility, to initially false and fabricated frames.