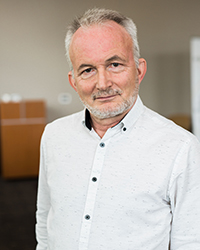 MiltonMueller is Professor at the Georgia Institute of Technology (Atlanta, USA) in the School of Public Policy. He is an internationally prominent scholar specializing in the political economy of information and communication. The author of seven books and many journal articles, his work informs public policy, science and technology studies, law, economics, communications, and international studies. His books Will the Internet Fragment? Sovereignty, Globalization and Cyberspace (Polity, 2017), Networks and States: The global politics of Internet governance (MIT Press, 2010) and Ruling theRoot: Internet Governance and the Taming of Cyberspace (MITPress, 2002) are acclaimed scholarly accounts of the global governance regime emerging around the Internet.

Dr. Mueller is the co-founder and director of the Internet Governance Project (IGP), which has played a prominent role in shaping global Internet policies and institutions such as ICANN and theInternet Governance Forum. He has participated in proceedings and policy development activities of ICANN, the International Telecommunications Union(ITU), the U.S. National Telecommunications and Information Administration(NTIA) and regulatory proceedings in the European Commission, Hong Kong and NewZealand. He has served as an expert witness in prominent legal cases related to domain names and telecommunication policy. He was elected to the AdvisoryCommittee of the American Registry for Internet Numbers (ARIN) from2013-2016, and appointed in 2014 to the IANA Stewardship CoordinationGroup. Dr. Mueller was one of the founders of the Global InternetGovernance Academic Network (GigaNet), an international association of scholars focused on Internet governance. Mueller received the PhD from the University ofPennsylvania’s Annenberg School in 1989.

Sovereignty and Cyberspace: What is the future of global Internet compatibility?

This keynote takes up the themes developed in Mueller's book Will the Internet Fragment? in the light of the events of the past 4 years. The book was published at the end of 2016, before the rupture between the US and China, the renewed data governance conflicts between the U.S. and Europe, and the new emphasis on the internet as a source of disinformation and subversion. Will these forces succeed in splintering theInternet and is it still possible for transnational civil society to govern it?