Unsettling the grand-narratives of cyberspace 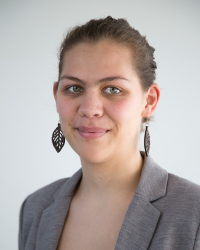 This paper aims to answer that question by tracing the development of the term “cybersecurity” (网络安全) in China from a technical term designating “network security”  into a more political, ambiguous notion of “cybersecurity” sufficiently large to encompass security of the party and indeed the Chinese nation as a whole. This analysis primarily seeks to replicate a similar analysis Lene Hansen and Helen Nissenbaum have conducted of the term “cybersecurity” in the United States, which underwent a similar change from technical to political language. Hansen and Nissenbaum argue that the securitization of cybersecurity in the US, i.e. its redefinition as a matter of national security, depoliticised it and thus removed it as an object of democratic discussion. In addition, the paper seeks to answer the question of how and why the usage of “cybersecurity” in Chinese policy discourse changed and whether this new terminology was indicative of a changing threat perception vis-à-vis the internet.

The developments in the academic and party literature surveyed clearly outline a trend of securitization, thus indicating that the securitization framework is useful for empirical analyses of changing and especially expanding notions of security even in a context like China. My analysis shows that there clearly was a change in the broad conceptualisation of threats related to the internet, both in academic, policy and party literature, indicating that the terminological change is indicative of an underlying change in threat perception, rather than being a merely rhetorical phenomenon. In addition, the paper offers a first descriptive analysis of the changing discourse around  “cybersecurity” in 1990s China.