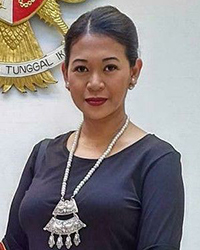 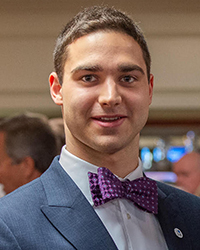 Josh Gold (@joshgold3) has researched international cyberspace governance and conflict in cyberspace. Until recently, he was a research assistant at Citizen Lab at theUniversity of Toronto’s Munk School of Global Affairs & Public Policy, and a Non-Resident Visiting Scholar at the NATO Cooperative Cyber Defence Centre ofExcellence (CCDCOE). In 2019, Josh was a fellow at the Hague Program for CyberNorms, and an ICANN66 NextGen fellow. He was involved in the 2019-2020 UN cybersecurity OEWG process as a consultant for the Estonian Foreign AffairsMinistry. 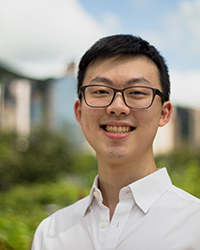 Views from the South: An analysis of India, Indonesia, and South Africa’s positions at the UN OEWG

As the world’s next billion Internet users come online largely from Asia and Africa, the Internet’s centre of gravity is shifting from the Global North and the West to the Global South and the East. Given this shift, it is increasingly important to consider the viewpoints of non-Western countries in conversations about information and communications technologies (ICTs). This paper explores the positions of three countries—India, Indonesia, and South Africa—that have been actively involved in United Nations (UN) processes for developing rules of responsible state behaviour in cyberspace. In doing so, this paper contributes to a growing body of literature on this topic that focuses on emerging economies, particularly those that have been considered as “middle power” countries.

This paper analyzes the three countries’ positions in the following format: first, we outline developments at the UN on developing the ‘rules of the road’ for cyberspace; second, we explore recent cybersecurity trends in India, Indonesia, and South Africa; third, we analyse commonalities and differences in India, Indonesia, and South Africa’s positions; and, fourth, we discuss the three countries’ middle ground behaviour and approach toward norms and rules for global cyberspace governance.

In doing so, we show that India, Indonesia, and South Africa hold a purposeful middle-ground position in UN cyberspace governance discussions. Their middle power and "non-aligned" status, in addition to their preference to engage in multilateral fora, allow them to cautiously engage with major powers like the US and China, while being a ‘bridge-builder’ between the global North and South and a voice for developing countries. Given domestic concerns related to the development and use of ICTs, as well as complex geopolitical relations with the US and China, our analysis suggests that India, Indonesia, and South Africa will seek to maintain their current balancing and bridging roles in global cyber governance discussions.