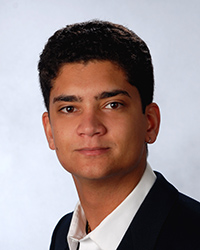 Cedric Amon (@CedricBAmon) is an independent researcher with work experiences in public administration and NGOs. His research interests include digital and technological sovereignty, 5G regulation and Internet fragmentation. He is particularly interested in understanding the implications of digital sovereignty aspirations regarding the decentralized Internet governance model.

He obtained his master’s degree inInternational Affairs from the Graduate Institute of International andDevelopment Studies in Geneva. In Switzerland, Cedric consulted on the role of private technology companies for political mediation and worked for Diplo Foundation. He closely follows European digital public policy trend and likes to work at the intersection of policymaking and (academic) research.

The question of state sovereignty in the digital sphere has been raised numerous times over the years. The recent announcement of the European Commission to pursue ‘technological sovereignty’ may appear to some observers as a purely techno-nationalist attempt to make up ground on non-European tech giants and to reduce the dependence on their products and services. The geopolitical tensions exerted on European countries with regards to the exclusion of certain 5G infrastructure providers as well as the exposure of dependence on critical goods from abroad during the COVID-19pandemic have certainly played a role in accelerating European autarchy efforts. However, the paper highlights that there are key externalities such as the Snowden revelations and the US Cloud Act which have had a significant impact on European sovereignty ambitions in cyberspace. Therefore, technological sovereignty must be understood as a political response which was initiated in the early 2010s and is now being carried to term.

In addition to exploring the externalities of the EU’s sovereignty aspirations, we will further analyze the concept and differentiate it from other interpretations which are concerned with a more traditional understanding of state sovereignty online. The paper therefore examinesGermany’s and France’s digital sovereignty strategies to highlight their different yet complementary interpretation of the concept. Finally, the analysis of these two countries will provide a better understanding of the European Union’s efforts to achieve ‘technological sovereignty’