International cyber order in the making 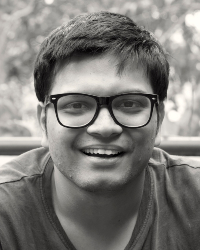 Arindrajit Basu (@BasuArindrajit) is a research manager at the Centre for Internet & Society, India, where he focuses on the geopolitics and constitutionality of emerging technologies. His work has been featured in Lawfare,The Diplomat, Economic&Political Weekly, Oxford Human Rights Hub,Asia Pacific Research Universities, among others. He is a lawyer by training and holds a BA, LLB (Hons) degree from the National University of Juridical Sciences, Kolkata, and an LLM in public international law from the University of Cambridge, U.K. 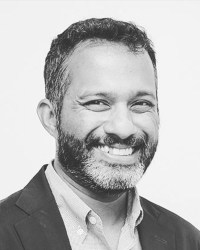 Dr Karthik Nachiappan’s (@karthiknach) research focuses on India’s approach toward multilateral institutions and global governance with emphasis on issues like artificial intelligence, data management and privacy, climate change and global health.Before joining ISAS, Dr Nachiappan was an advisor to UNDP China’s South-South Cooperation programme where he liaised with the Chinese government and civil society organisations regarding China’s contributions to the 2015 Millennium Development Goals agenda. He has a PhD in South Asian Studies, from King’s College London and Honours BA in Public Policy and Politics, from the University of Toronto.Dr Nachiappan is the author of Does India Negotiate? published by Oxford University Press in October 2019. He contributes regular columns and reviews for The Mint, Open Magazine and The Hindu. He is the founding editor of Lekh, an online review of books on South Asia.

Will India Negotiate?: The politics of multilateral engagement for fostering responsible state behaviour in cyberspace

Multilateral and multi-stakeholder initiatives attempting to foster responsible state behaviour in cyberspace continue to remain fragmented with several fissures playing out,India deeply matters to global cyber discussions. As the world’s largest democracy with a large and diverse set of users  coming online, India has leverage at multilateral cyber negotiations. As fragmented global debates on cyber norms have progressed, however, India has, largely, remained silent. Despite being a member of five out of the six UN-GGE processes to date, India is yet to publicly articulate its position on the outcomes or workings of these processes or make public their submissions on the OEWG process.  This reticence exists in stark contrast to India’s positions on the question of cross border data flows at digital trade discussions-where India has been vocal on several issues and a flagbearer for ‘data sovereignty.’

This divergence can be explained by looking at India’s participation in previous multilateral negotiations. Research indicates that historically, India’s approach  toward multilateral negotiations has rested on whether and how rules being negotiated advance economic or security interests, the incumbent capacity to engage with multilateral negotiation, and domestic interests at play. In situations where interests were  clear and institutional capacity robust, Indian officials enthusiastically negotiated and signed international rules but these two conditions rest on how systemic developments affect India’s economic trajectory and security outlook. These trends have existed across multilateral negotiations-on tobacco control, trade, nuclear weapons , and climate change. This paper makes a new contribution to existing literature by assessing these factors with respect to cyberspace and comparing  them with India’s participation in negotiation processes across regimes previously studied. By doing so, it attempts to understand how India might engage with fragmented cyber norms processes in the near future.