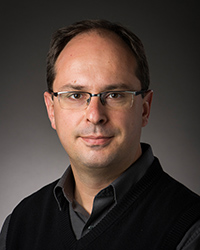 Dr Andre Barrinha (@a_barrinha) is a Senior Lecturer in International Relations at the University of Bath and a Leverhulme Trust Research Fellow (2019-2021). He has published in high profile journals such as International Affairs, Mediterranean Politics, Third World Quarterly, Journal of Common Market Studies and Journal of European Integration. He is also one the authors of International Relations Now and Then (Routledge, 2nd ed.). Dr Barrinha is currently working on cyber-diplomacy as an emerging practice in international relations. He was awarded in 2019, together with Thomas Renard (Egmont Institute), the Best Article in Global Affairs Award for a co-authored piece on cyber diplomacy and the English School. He has recently been appointed as a member of the UK Multi-Stakeholder Advisory Group on Cybersecurity. Between 2016 and 2018 he was one of the founders and conveners of the British International Studies Association European Security Working Group. 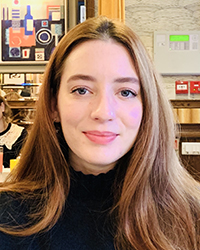 Louise Marie Hurel (@LouMarieHSD) is a PhD candidate in Data, Networks and Society in the Department of Media andCommunications at the London School of Economics and Political Science (LSE)where she is conducting research on emerging security epistemologies, cybersecurity governance, and incident response. She is also leads cyber policy research and engagement at Igarapé Institute’s Cybersecurity and DigitalLiberties Program. In 2020, Louise Marie was appointed as an Advisory Board member of the Global Forum on Cyber Expertise (GFCE). Louise's recent publications focus on the role of non-state actors in international cybersecurity, such as Big Tech companies and technical security experts. Her general interest areas include cybersecurity and Internet governance, platform and infrastructure studies, cyber norms, computer-mediated communication, critical security studies, risk and STS.

The hybrid place: Civil Society in the Open-Ended Working Group

From its origins, developments in cyberspace owe much to the active role of non-state actors: academia, companies, and certainly civil society. The increasing geopolitical importance of information and communication technology (ICT) since the turn of the millennium, has, however, changed the landscape. While many states have publicly recognised the importance of non-state actors in developing cyber resilience, international discussions concerning cybersecurity has been concentrated on interstate fora, particularly within the UN. However, in 2018, the Assembly General approved the establishment of the Open-Ended Working Group (OEWG) on developments in the field of information and telecommunications in the context of international security. Regardless of the merits and motivations behind its creation, in practice the OEWG broadened the space for inter-state discussions within the UN, whilst it also provided the possibility for other stakeholders to be involved in the process, including civil society. This paper explores the role of civil society in the OEWG context. It does so from the perspective of hybridity as a heuristic tool. The paper speaks both to a topical discussion of representativeness and participation in cyberspace politics, as well as to a deeper understanding of the role of civil society in international affairs. Focusing on the complex dynamics of representation, this paper argues that the OEWG contributed to the reification of an idea of civil society that is both diverse and unified; that questions and legitimises states’ decisions in this area.